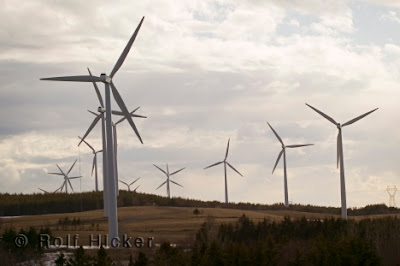 Yup, there are windmills in the Netherlands. Nope, there aren't many of the quaint old wooden ones with the graph-paper-like blades. Lots of GIGANTIC carbon fiber ones. They are, however, usually painted pleasing pastel colors (not the blades—the supports). They cover the landscape, revealing that the Netherlands are indeed flat, as promised, but are also quite windy.

Race is tomorrow, and I am equal parts excited/nervous about the longest race I've ever done. My brain is doing the standard "Why do you do this?" dance, but one of the benefits of doing this for a while is that you can tell your brain to shut up.

You might be able to watch on the internet (in the middle of the night for the start, but around 8:00-8:30 AM for east coasters) at this site:

Updates to come following race.
Posted by Chris Bagg at 2:11 AM No comments:

Ay yi, yi, another long stretch between posts. Sorry about that, if anyone is still listening any more. I'm more likely apologizing to the Interweb ether, actually, which I imagine to be that weird multi-colored stuff that seemed to make up the extra-dimensional space in the geek-central comic books of my youth. 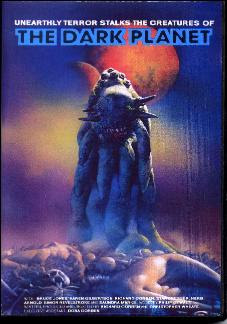 You wouldn't believe the digging I had to go through to get that picture.


ANY way, I'm presently sitting in the terminal of Portland's airport, waiting to get on a flight to Chicago and then Amsterdam. Yes, Portland, Amsterdam. Things have changed a bit since the last time I posted, more than a month ago. I've been, since we last talked, in Boston, Portland (ME), Newfoundland (spent an overnight on a ferry, and, for those future travelers to Canada, you put the emphasis on the last syllable of new-found-LAND, which makes everyone sound as if he's rushing his speech), New Brunswick (to see the much discussed tides in the Bay of Fundy), back to Portland (ME), central NY (to meet Amy's family and play in a family golf tournament; after shanking my drive off the first tee in front of her THREE BROTHERS AND FATHER, I'm happy to report my team went on to claim the cup: 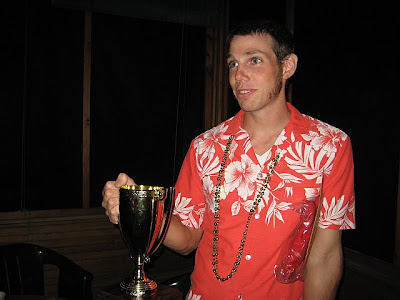 That thing under my left arm is a shirt, not, like, a liver destined for transplant), Portland (OR), Colorado Springs to see Amy, back to Portland (OR), Vancouver (WA, not CA) to retrieve my vehicle from a group of friendly Russians with a bunch of flatbed trucks, then Portland (OR) for a solid week. I've rented a house with a yard, dishwasher, and washer/dryer, which makes me think that I've finally entered into that thing called adulthood.

So my excuse is that I've been busy.

Racing's been okay, really haven't been doing much. Claimed a 7th place at the Newfoundland 70.3, but there wasn't anything too special about that, as we started w/12 Elites but only finished w/8. I had a good swim (swam w/Chris Legh again; he and I seem to have similar swimming paces), had a pretty good bike for a hilly course, and then had another bad run in the heat. Newfoundland (remember, new-found-LAND) is beautiful, and if that race exists again next year, you should really go. Here's a picture Amy took during the race, while she was on her bike (I really do have the best girlfriend in the world): 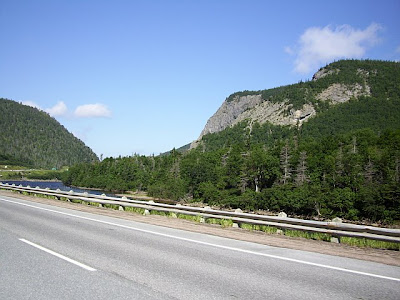 O.K., I think we're about to start boarding. Next update, from Holland! Windmills and wooden shoes ahead!
Posted by Chris Bagg at 2:08 PM No comments: