Here's a beautiful film about World Cup #1. Calls to mind A Sunday In Hell with the quiet mechanic shots. 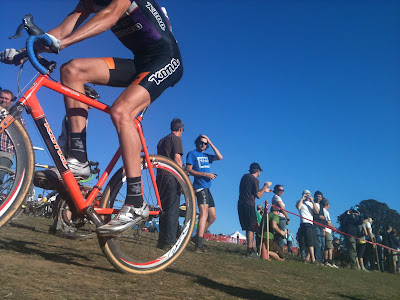 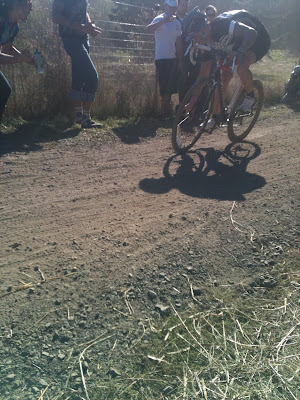 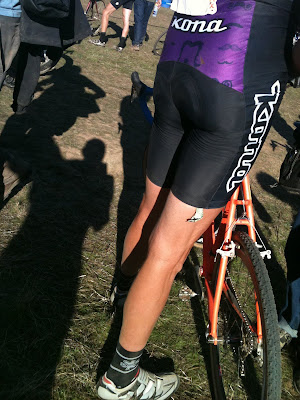 Posted by Chris Bagg at 5:58 PM No comments:

Always nice to be called a champion...
Posted by Chris Bagg at 11:07 AM No comments:

Interbike is returning to Vegas, after announcing it will leave it's traditional location for Anaheim. This turnaround strikes me as odd...isn't moving a gigantic, week-long event hard to do less than a year out? Wouldn't moving it back cause even more hassles? Interbike is a division of Nielsen Expositions (kinda the way that seemingly innocuous beverage companies, like Snapple, are owned by Pepsi Co or Coca-Cola or Disney), and they're saying that they got a "very real response that surveys and discussions alone couldn't accomplish." What is going on here?
Posted by Chris Bagg at 1:28 PM No comments:

My last two races of 2010 will be Austin 70.3 and Ironman Cozumel. I'm a big guy (trying to get down to 172 lbs before Cozumel), and we usually don't do so well in the heat. Here's a great post from The Science of Sport about what happens to people when they exercise in warm temperatures. Once you're there you can follow another link that discusses why size does matter in the heat. Here's a clip:

"When size does matter...

The first thing (and this is a dramatically summarized version) is that the winner has to be small in size. All things being equal (which we concede they never are!), the smaller athlete will win a race in the heat. Many studies have shown this, and the equations that we use to model performances in the heat suggest the same. Basically, it boils down to a balance between height production and heat loss. Heat production is dependent on body size and running speed, while heat loss is a function of body surface area, and the environment. Obviously, the environment is the same for everyone, but body size is not. The smaller the athlete, the less heat they produce, but their heat loss is not reduced by as much and the end result is that the smaller athlete will store less heat running at a certain speed than the bigger athlete. Ultimately, this means that a smaller athlete can afford to run slightly faster before their body temperature rises. Big advantage! This is of course a oversimplification, but it does illustrate the point that when the mercury starts climbing, the advantage lies with a smaller runner."

So when I show up to race in Cozumel, I'll be facing a few obstacles, since the temperatures here in Portlandia have dropped into the 50s and 60s during the day. The answer? Train indoors, in the heat. This weekend, which saw the return of Portland's winter weather (steady rain, 50s), found me training indoors at the excellent Athletes Lounge Training Facility. I did both my long workouts (2 hour run on Saturday and 6.5 hour brick on Sunday) indoors. I didn't use a fan for the run, and I turned the heat up to around 80 for the bike/brick (I did use a light fan for the bike portion of the brick). I'm trying to figure out my sweat rate, and here's the data:

That seems a very high amount of fluid lost per hour, and somewhat alarming, too. If I'm already disadvantaged in the heat because of my size, I'm worried I'll be disadvantaged further by my ridiculous sweat rate. I performed another sweat rate test yesterday on the bike and came up with this information:

It's informative to see that I lose less fluid while cycling than while running. This seems to make sense, given the relative differences in effort between cycling and running. Various sources articulate that one should aim to replace between 1/3 and 1/2 of your fluid loss per hour. So for running I should aim for at least 23.76 and 36 oz of fluid. The maximum absorbtion per hour is 33 oz (rough/average size of stomachs out there), so I'm going to aim for that number, especially in the heat. That means that, on the run, I'll still be losing 2.5 lbs per hour (1.4% of my body weight), so if I want to be successful in Cozumel, I'll have to be significantly hydrated before I start the run, since I'll be 3-4.5% dehydrated in the last hour of the marathon, which is a performance problem.

The amount of sweat lost this weekend was pretty gross, I gotta say. A white foamy slick formed on the belt of the treadmill on Saturday.
Posted by Chris Bagg at 2:20 PM No comments: 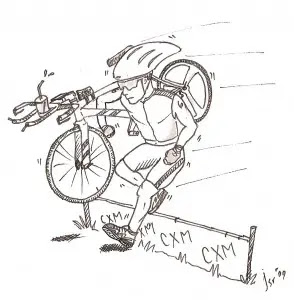 I've got a new story on CXMagazine this morning, about aerodynamics in cyclocross. Check it out here: http://www.cxmagazine.com/tim-johnson-cyclocross-aerodynamics-wind-tunnel#more-14595.
Posted by Chris Bagg at 1:17 PM No comments: 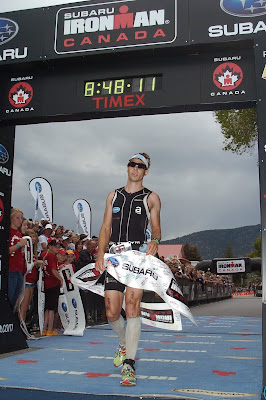 Well, this is almost a month overdue, Cyclocross season has begun, and I've only got two triathlons left in 2010. How did the year disappear? Anyway, here is the finish picture from Canada Ironman 2010, where I finished in 8th place, probably my best result of my career. Here's the report as I gave it to Cliff:

Swim: I was determined to beat my worries about the swim, so I started right in the middle of the pack. I saw Matt L lining up on the outside, to my right, and then another group of guys lining up on my left. When the gun went off I actually got a pretty good start, getting out fast and in front of most people. Matt L moved over from the right and soon we were swimming side-by-side and I was in the middle of a good-sized group, I think. I saw a small group heading off the front, and I think that was Kieran and Tom Evans (and someone else). I tried to stick with the Matt L group, but I kept losing feet and getting passed. I seem to really struggle with holding feet when their pace is a little faster than I'm able to go. I eventually got dropped from that group and swam alone behind them until the first houseboat. I got caught by a group behind and worked my way into that group and stayed with them for the rest of the time. Christian Brader and Petr Vebrousek were in that group. It was pretty comfortable, but slower than I wanted to swim (54:37). I really wanted to be in that 51 and change crowd.

T1: Good transition. I seemed to have quick ones all day.

Bike: Rode out of town and resolved to stay with Petr V when he came up to me. So did a bunch of others because soon I was in a group with Olly Piggin, Trevor Wurtele, Stephen Kilshaw, Anthony Toth, Chris Brands, and a few others. We stayed even on the gas down to Osoyoos, not expending too much energy. I took it easy on the climb up to Richter but got dropped a little. On the descent I caught back on and seven of us rolled along into Keremeos. We were in a group but not organized very well. Coming out of the out-and-back I noticed that we were in a group but every one in front of us was riding singly. I tried to get the others in the group to see that we could roll up a whole bunch of guys if we organized (but still worked legally). No one really wanted to come along. Eventually Petr and Anthony Toth and I got free and started putting time into the others. The climb up to Yellow Lake seemed so much easier and shorter than last year. The descent was scary at times (wet roads), but we also picked up Scott Neyeldi along the way, so we were a group of four rolling into town: 4:46:52.

Run: My legs opened up just a few meters outside of transition. Petr V passed me, but I knew that was coming. We went into the out-and-back and Anthony Toth and Scott Neyeldi passed me. Toth's pace seemed doable, so I went with him. Was running quite comfortably, actually. I kept telling myself to take it easy. Toth and I chatted a bit, and the 6:30s-6:40s were rolling pretty easily. Around mile 7 he started to move away, but I thought he sounded labored, so I let him go.

Passed Kieran at mile 9 as he was handing his chip in to officials. 11th place.

Passed Matt L at mile 11. He was walking.

Took it easy going into the hills at the southern end of the course. Hit the turnaround 2 minutes behind Neyeldi and 1 minute behind Toth. Trevor Wurtele and Ernst Moser were 6:20 behind me. I calculated it would be difficult for those two to catch me if just kept running 7 minute miles. I was taking in fluid every mile (fluid is a mixture of Biotest and Nuun, about 280 calories per bottle), a gel every 30 minutes, and water at each aid station. I stayed fluid and easy throughout the marathon, although things started to get hard around mile 16.

I came back to Toth and Scott Curry at Mile 24, and realized that it would be like Pac Crest if was going to get rid of them. Right where the road starts to tilt back down into town I surged and dropped Toth pretty quickly. Curry seemed more tenacious. I was really hurting at this point, but when I turned onto Lakeshore drive Amy told me no one was close. At the turnaround Curry was 32 seconds back and he finished about 45 seconds in arrears.